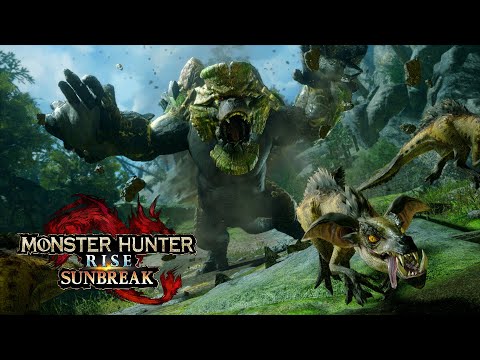 PEGI 12
Lowest price
€31.00
Your transaction is secure
We're working hard to protect the security of your payments. We have a dedicated Fraud Prevention and Response Department working 24/7 to ensure safe transactions. We have implemented custom systems to screen out potential scammers and we have partnered with Ravelin, one of the world's best fraud prevention platforms. We don't share your payment details with third-party sellers and we don't sell your information with others.
Sold by
Worldofcdkeys

Super Seller
99.73% of 1115266 ratings are superb!
Recommend this game and earn€1.55or more per sold copy.Join in 3 minutes
Requires the base game MONSTER HUNTER RISE on Steam in order to play.
Go to product description and offers
Release date: 30/06/2022

Note 1: Sunbreak content is accessible after completion of the 7-star Hub quest “Serpent Goddess of Thunder”.

Note 2: Layered armor is a "skin" which changes the appearance of the character without affecting their stats and abilities.