Sold by
GamRepo
98.98% of 18769 ratings are superb!
$3.38
9 more offers available starting from
$3.38
Your transaction is secure
We're working hard to protect the security of your payments. We have a dedicated Fraud Prevention and Response Department working 24/7 to ensure safe transactions. We have implemented custom systems to screen out potential scammers and we have partnered with Ravelin, one of the world's best fraud prevention platforms. We don't share your payment details with third-party sellers and we don't sell your information with others.
Key activation
Languages
DLC 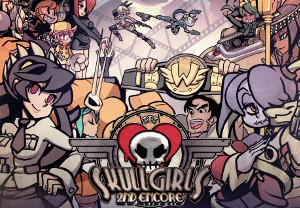 Skullgirls is a fast-paced 2-D fighting game that puts players in control of fierce warriors in an extraordinary Dark Deco world. Featuring all-new game systems which test the skills of veteran fighting game fans while also making the genre enjoyable and accessible to newcomers, Skullgirls is a modern take on classic arcade fighters with a hand-drawn high-definition twist. It’s a one-of-a-kind, action-packed competition complete with awesome combos and an intriguing backstory.