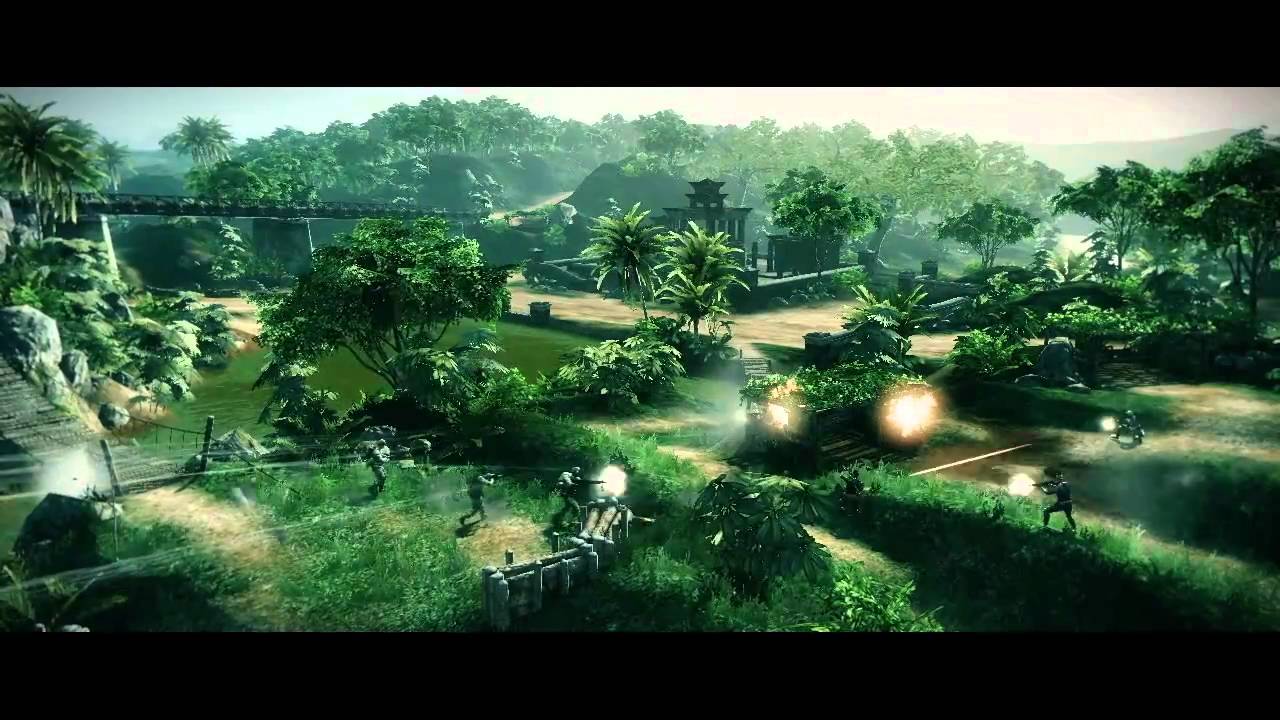 New vehicles like the ATV and a transport helicopter allow for all-new multiplayer tactics on the Battlefield. With the Frostbite-enabled Destruction 2.0 system, you can take down entire buildings and create your own fire points by blasting holes through cover. You can also compete in four-player teams in two squad-only game modes, fighting together to unlock exclusive awards and achievements.

Battles are set across expansive maps, each with a different tactical focus. The game also sees the return of the B Company squad in a more mature single-player campaign.

Get ready for a whole new war, as DICE's massively popular online shooter Battlefield: Bad Company 2 makes the journey back to the 60's and the infamous Vietnam war. At the heart of this expansion lie four distinct, brand-new multiplayer maps based on the Vietnam War. Each map brings a new gameplay experience and fresh visuals, with characteristics such as foxholes, tunnels and dense jungles from where the enemy can launch surprise attacks. Also, 15 classic Vietnam-era weapons and 6 vehicles are available from the moment you go online.