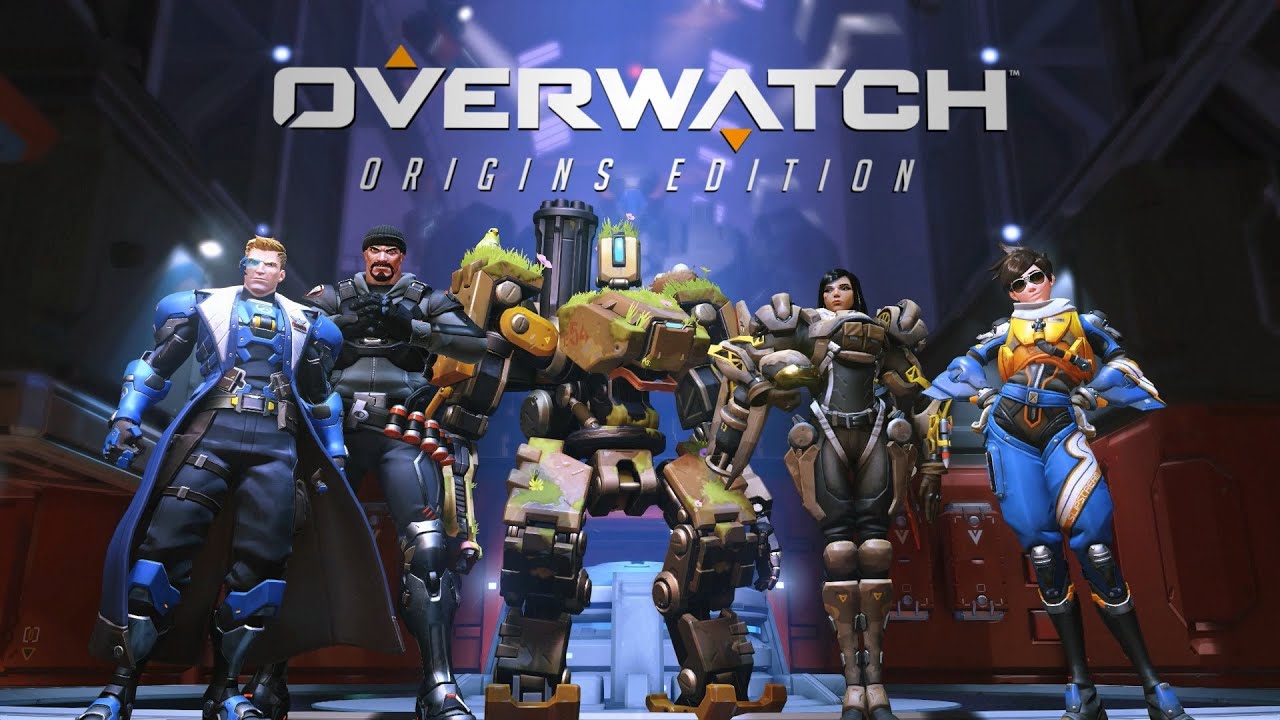 91
Battle.net
Europe
Cannot be activated in - United States
This is a restricted product and it can be activated and played ONLY in Europe
Go to product description
Release date: 24/05/2016

Includes base game with:

21 Extraordinary Heroes: Choose your hero from a diverse cast of soldiers, scientists, adventurers, and oddities.

Tracer Hero in Heroes of the Storm - jump into the Nexus with Tracer and surprise your enemies in the blink of an eye;

Baby Winston Pet in World of Warcraft - adorably cuddly and highly intellectual, the Baby Winston pet will be at your side as you fight your way through Azeroth;

Overwatch Card Back in Hearthstone - battle it out with an Overwatch-themed card back fit for a hero;

Mercy's Wings in Diablo 3 - slay demonic forces throughout the High Heavens and Burning Hells as you don Mercy's wings. All of Sanctuary will know of your allegiance to Overwatch;

Player Portraits in Starcraft 2 - with brand new portraits of Tracer, Reaper, Pharah, Winston, Bastion, and Soldier: 76, you're sure to become a champion of the Koprulu Sector;

Blizzard Entertainment brings their legendary game making expertise to the FPS genre with Overwatch: Origins Edition. Play as a sword wielding robot-ninja or an armor plated gorilla scientist. Overwatch uses the gameplay style of FPS but adds tons of creative twists and is simple to play so anyone can dive in and have fun. And there's tons of backstory lore to explore as well. Overwatch has quickly become one of the premier titles in the eSports world and Blizzard is rolling out a huge Overwatch League as well. The hype is real! Millions of people around the world are playing. Buy your copy today and find out why.

Team up, take down - Individual matches of Overwatch are 6v6 team battles set in globally diverse locations. With 23 heroes to choose from, you can make all kinds of different team compositions. And there's no limit on having multiples of the same hero. Try a team of six Meis or five Junkrats and a Reinhardt. Each hero offers a different playstyle and serves a unique function within the team. Try new things and see what works! You can practice in casual matches or prove your skills on the ranked ladder. Play alone, join your friends, or get serious with a six person squad. Overwatch features a quick and balanced game-finding service so you won't waste time waiting.

Beyond the battle - Overwatch is an incredible gaming experience that never gets old because there's always something new. Each unique hero has a detailed backstory that is part of an enormous fictional imagining of the future of our world. Discover what Overwatch is and what it means to Pharah, Winston, and Genji. Blizzard also releases new heroes, new maps, and new content related to the game's universe. If that's not enough, then check out some streams or events. You can find top eSports teams at tournaments around the globe. Learn new strategy or just sit back and be amazed at the skill of Overwatch pros.

You want extras? You got 'em - When you buy Overwatch: Origins Edition you get more than just a great gaming experience. Along with the base game, this product includes tons of in-game extras and battle.net swag. You can fight in style with five Origin Skins which are based on the background of prominent characters. Check out Overgrown Bastion, Blackwatch Reyes, Slipstream Tracer, Strike-Commander Morrison, and Security Chief Pharah. Get goodies for your other Blizzard games as well. Play as Tracer in HotS, summon a baby Winston in WoW, try the Overwatch Hearthstone card back, equip Mercy's wings in Diablo 3, and use awesome player portraits in Starcraft 2.