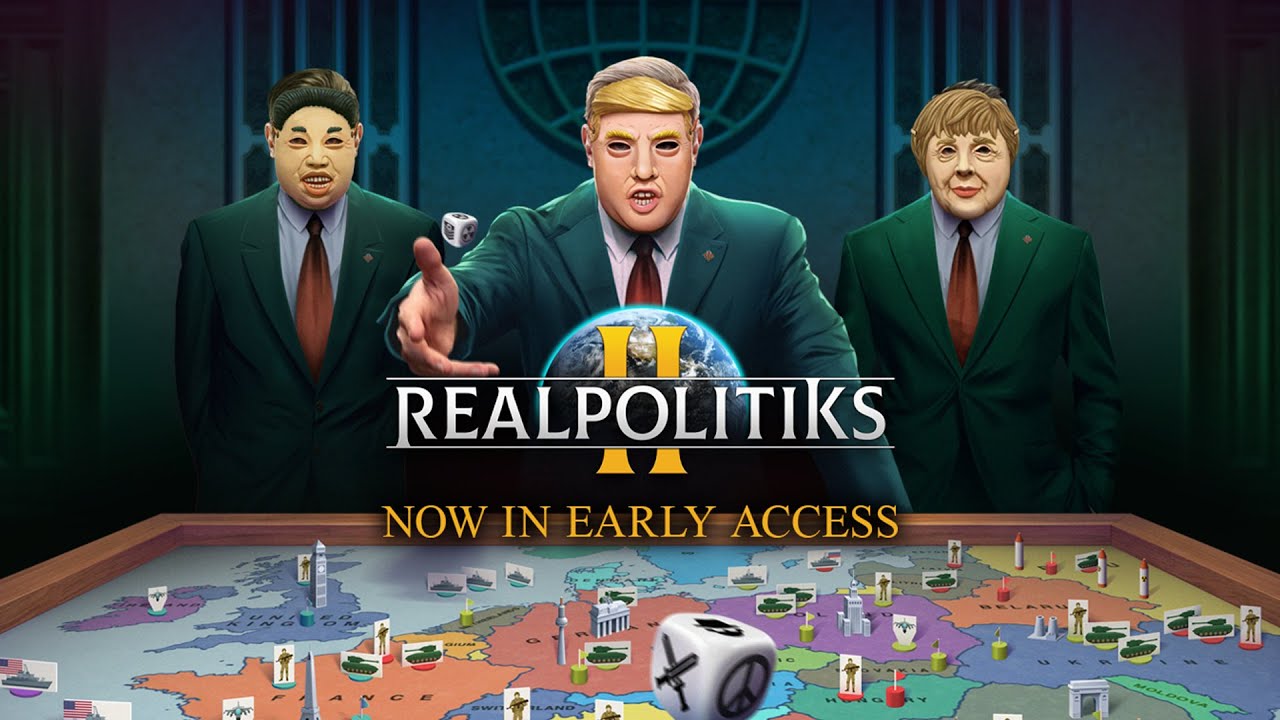 Sold by
GamingWorld
99.77% of 1266458 ratings are superb!
$5.94
4 more offers available starting from
$5.94
Your transaction is secure
We're working hard to protect the security of your payments. We have a dedicated Fraud Prevention and Response Department working 24/7 to ensure safe transactions. We have implemented custom systems to screen out potential scammers and we have partnered with Ravelin, one of the world's best fraud prevention platforms. We don't share your payment details with third-party sellers and we don't sell your information with others.
Key activation
Languages
Release date: 18/11/2020

Lead your people to glory and write a new chapter of history in Realpolitiks II, a real-time grand strategy game where you lead any contemporary nation in an attempt to secure world dominance. The road to supremacy is filled with modern world issues as you manage your nation’s economy, command armies, conduct diplomatic and espionage actions, and tackle global threats such as terrorism, pandemics, famine, and more.

Dominate the Globe
Choose any nation from 208 contemporary countries (including Sealand & Kiribati) and conquer your opponents. Adapt your strategy accordingly whether you start as a superpower or a small independent nation.

New Modern Warfare
A brand-new combat system enables full control of your units on the battlefield while taking into account strategic advantages such as the weather, terrain, equipment, and a whole lot more. With an all-new sea combat system, your nation can take and control important naval provinces. Control the seas, control the world!

Expanded Management System
Create a communist utopia, a completely free market nation, or become a tyrant overseeing your citizens’ every step. With over 700 projects and technologies to choose from, you decide the path to greatness.

Improved Diplomacy
Engage in advanced negotiations to establish new trade routes or military access to neighboring regions. With a completely reworked AI, and new Favor and Investment systems that allow you to influence other countries - diplomacy becomes a crucial tool once again, especially as other leaders will prove hard negotiators.

Advanced Espionage
Conduct clandestine actions with your spies, steal breakthrough technologies to further increase your military power, and invent new ways of mass destruction. Dominate your foes from the shadows.

New and Unpredictable Events
Over 1000 new events ranging from minor provincial issues to a world-threatening meteor strike. Be wary of the ever-changing world as each playthrough will be completely different. Each of the 3 available campaigns will have their own unpredictable events for you to tackle.

Growth By Infrastructure
Buildings are a major part of your campaign as they enable you to recruit more units, train your spies and generals faster, defend against rocket attacks, or increase the supply range to your armies.