Sold by
Global Games
98.20% of 2238465 ratings are superb!
$39.25
2 more offers available starting from
$39.25
Your transaction is secure
We're working hard to protect the security of your payments. We have a dedicated Fraud Prevention and Response Department working 24/7 to ensure safe transactions. We have implemented custom systems to screen out potential scammers and we have partnered with Ravelin, one of the world's best fraud prevention platforms. We don't share your payment details with third-party sellers and we don't sell your information with others.
Key activation
notes
Languages
DLC 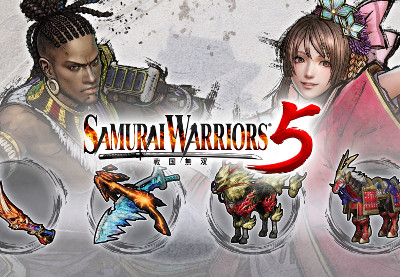 With this title, the historical period depicted in the first title of the "SAMURAI WARRIORS" series released in 2004 has been revamped.
With visuals that have largely evolved since the first "SAMURAI WARRIORS", additional WARRIORS officers, and evolved actions, an even deeper drama set in the warring states is depicted.
Also, with a focus on the lives of officers Nobunaga Oda and Mitsuhide Akechi, in order to more intensely and boldly depict the warring states era spanning from the end of the Ōnin War to the Incident at Honnōji, the title is the beginning of a new series, in which the stories and characters from the traditional "SAMURAI WARRIORS" have been revamped.